The “Petacalco Control System” project is one of the most ambitious and demanding projects that Iturcemi has faced. These are electrical and control engineering, assembly of cabinets, supervision of assembly on site and control of a facility dedicated to the transport of coal from the seaport, owned by Terminales Portuarias del Pacífico (TPP) located in Lázaro Cárdenas, Michoacán; to the electricity generation plant, owned by the Federal Electricity Commission (CFE) located in Petacalco, Guerrero. All the work takes place in Mexico where some of the best technicians of Iturcemi are displaced.

The project was born from Black Rock, an American investment company, which embarked on this magnificent project covering a need to improve the supply of electricity to the southern part of Mexico. This company, with its subsidiary Greenfield, hired Duro Felguera to carry it out, which counted on Iturcemi to meet the demanding electrical and control needs that a project in a country like Mexico entails.

The project is divided into 3 large blocks, making the coal from the ship to the plant travel in total just over 8km away and accumulate in a couple of intermediate yards. These blocks are the unloading of the ship where they pass from the hold of a goods ship to a double yard in which a stacker manages where to store the coal according to its composition. Iturcemi is responsible for managing the communication between the different machines that make up the route: mobile hoppers, scales, magnetic separators, metal detectors, samplers and stacker.

The second block consists of transport from the courtyard of the port to the courtyard of the plant making there its greatest route. At this point it is worth mentioning, in addition to managing all the control of three Dozer Traps developed by the Italian company Bedeschi, the integration of two Overland bands, Conveyors Dynamics (CDI) technology which as technologists have implemented two bands of approximately 2.5 – 3km in length making curves in their route and changes in height. The joint work between both companies has made it possible for these bands to be operating today at 100% of their performance. 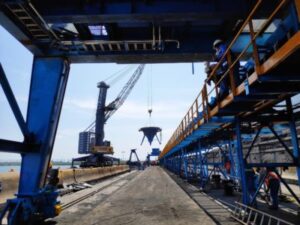 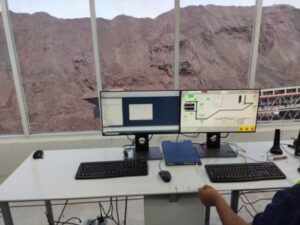 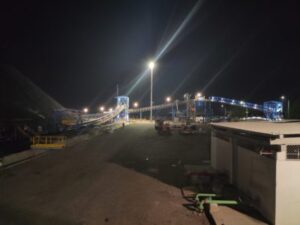 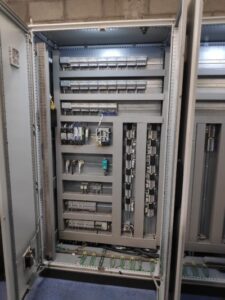